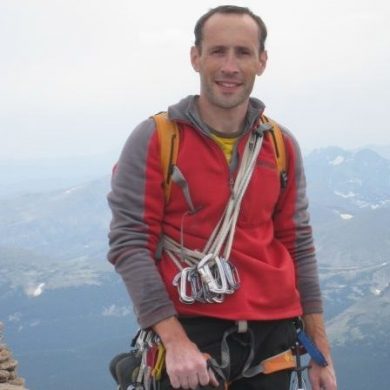 Lance Brock grew up in middle TN and went to the University of Tennessee and studied architecture. He practiced architecture for about 7 years before deciding to open Climb Nashville.  He was a sponsored climber for about 10 years and served on the board of directors for the Access Fund.

Back in 2003, Lance and his business partner, Drew Sloss had a vision for indoor climbing as a form of fitness and included workout space as well as yoga and fitness classes in the first gym they built.  They bought their first gym in 2003 and opened the second in 2004.  Over the last 16 years they have bought and sold gyms, opened and closed gyms and built 4 more.  They have seen our industry grow from a tiny niche market to a large industry and are glad to be part of the excitement.

Lance still climbs as much as his old, decrepit body will allow and is still into fitness.  He has 4 children with his beautiful wife Carrie and loves seeing the world through their eyes as they travel together.